Legislation that would allow private activity bonds (PABs) to be used for social infrastructure projects has been re-introduced in both houses of Congress.

The bill, known as the Public Buildings Renewal Act (S 326) in the Senate, would create USD 5bn in PABs for public buildings such as public schools, state colleges, libraries, post offices prisons and courthouses. The House version of the bill is known as HR 960. 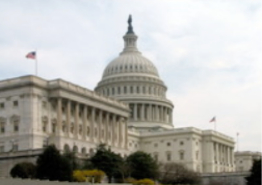 A statement from the bill’s sponsors noted that the bill provides a “fiscally conservative solution” for developing these public projects. The sponsors in the statement noted that these projects could be overhauled at a cost of roughly less than USD 50m over a ten-year period, according to the Joint Committee on Taxation.

“Our country’s public buildings are in a historic state of disrepair and in need of a bold solution,” Kelly said in a statement. “That’s where the Public Buildings Renewal Act can come to the rescue.”

The bill is identical to the bills that Kelly and Heller introduced in 2016, Samara Barend, senior vice president and P3 development director for AECOM, said. She added that while the bills did not advance past their initial committee referrals, the make-up of Congress and the Trump administration’s focus on private investment in infrastructure bode well for the passage of the legislation this time around.

Notably, Barend is the founder of the Performance Based Buildings Coalition, which is advocating for the bill’s passage.

Barend said she is encouraging the P3 industry to support the legislation, and said the message that P3s can be used for buildings “needs to get out.”

“In order for our bill to be considered for a larger tax reform or infrastructure package, it must be introduced as a standalone bill,” Barend said.

“Bills that have strong support and include members of relevant committees of jurisdiction have a strong chance of being included in a major package.”