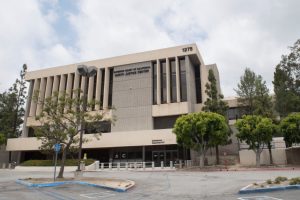 The report presented to the Judicial Council of California’s (JCC) Court Facilities Advisory Committee on Wednesday has led to public officials and the judiciary across the state express concern about the condition of courthouses in their jurisdiction, and how repairs could be funded with limited resources available.

The report presented by Clifford Ham, architect at the JCC capital program office,  found 145 Superior Court of California buildings are at risk of significant injury or loss of life, with 44 considered high risk and 12 considered ‘very high risk’.

The Governor George Deukmejian Courthouse in Long Beach was noted as one of three recently replaced buildings that avoided risk, with seismic issues a prominent factor in that project’s development, and the nearby civic center, which was built on the old courthouse and city hall site.

Johnson Controls, a partner on both projects, told P3 Bulletin the cost of outstanding deferred maintenance and seismic issues made renovation of the old city hall prohibitive.

Claudio Andreetta, director P3 business development, said: “If any of the courthouses listed in the JCC’s report have similar seismic issues that are making renovation too costly and these same buildings have a poor Facility Condition Index brought about by large amounts of deferred maintenance, then they too would be good candidates for replacement.”

“We obviously think a P3 approach generates the most value over the long term and would be best from a taxpayer perspective”.

Earlier this month, Judge James Otto told a delegation from the P3 Hub West conference how the courthouse was delivered successfully and that the model could be replicated for Superior courthouses across the state. He added that municipalities across the state are actively looking at P3 to deliver their courthouses.